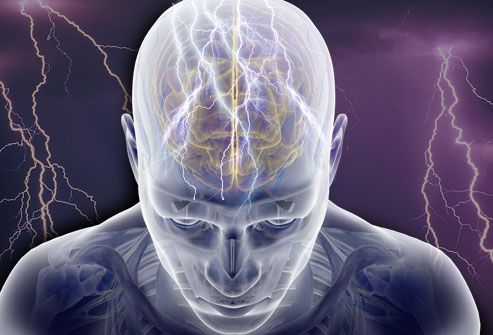 Epilepsy is a common brain disorder characterized by recurrent seizures. Approximately 1 in 100 Canadians have epilepsy. The highest number of new cases are in seniors and young children, but epilepsy can begin at any age.

A health care professional may consider epilepsy as a possible diagnosis when a person has had two or more seizures. A medical diagnosis of epilepsy is based on multiple pieces of information: the description of the episodes; the person’s medical and family history; and the results of diagnostic tests. Fortunately, epilepsy is a treatable condition. Many people with epilepsy (two out of three) will achieve good seizure control with medication. When medication is not effective in preventing seizures there are other treatment options available.

A seizure is a brief disruption in normal brain activity that interferes with brain function.

The brain is made up of billions of cells called neurons which communicate by sending electrical messages. Brain activity is a rhythmic process characterized by groups of neurons communicating with other groups of neurons. During a seizure, large groups of brain cells send messages simultaneously (known as “hypersynchrony”) which temporarily disrupts normal brain function in the regions where the seizure activity is occurring. Seizures can cause temporary changes or impairments in a wide range of functions. Any function that the brain has can potentially be affected by a seizure, such as behaviour, sensory perception (vision, hearing, taste, touch, smell), attention, movement, emotion, language function, posture, memory, alertness, and/or consciousness. Not all seizures are the same. Some seizures may only affect one or two discrete functions, other seizures affect a wide range of brain functions.

Most people associate a seizure with a loss of consciousness and rhythmic jerking movements. Some seizures do cause convulsive body movements and a loss of consciousness, but not all. There are many different kinds of seizures. A temporary uncontrollable twitching of a body part could be due to a seizure. A sudden, brief  change in feeling or a strange sensation could be due to a seizure.

Most seizures are brief events that last from several seconds to a couple of minutes and normal brain function will return after the seizure ends. Recovery time following a seizure will vary. Sometimes recovery is immediate as soon as the seizure is over. Other types of seizures are associated with an initial period of confusion afterwards. Following some types of seizures there may be a more prolonged period of fatigue and/or mood changes.

Potentially anyone can have a seizure. A seizure is an indication of a transient disturbance in normal brain activity. Approximately 1 out of every 10 people will experience a seizure at some point in their lifetime. Many people who experience a single seizure will never have another one. It is not always possible to determine why a seizure has occurred.

Some causes of seizures are:

A seizure is a brief episode caused by a transient disruption in brain activity that interferes with one or more brain functions.

Epilepsy is a brain disorder associated with increased susceptibility to seizures.

When a person experiences a seizure it does not necessarily indicate that they have epilepsy, there are many possible reasons that a seizure could happen. When someone has been diagnosed with epilepsy it indicates that they have had a seizure (usually 2 or more) and they are considered to have an increased risk of future seizures due to a brain-related cause.

Epilepsy is a term used to describe many different neurological disorders that all have a common feature, an increased risk of having seizures.